In 2014 the Greek Tourism Confederation released its annual survey on Greek tourism. They asked us to come up with a way to show the importance of tourism to the country’s economy and society. 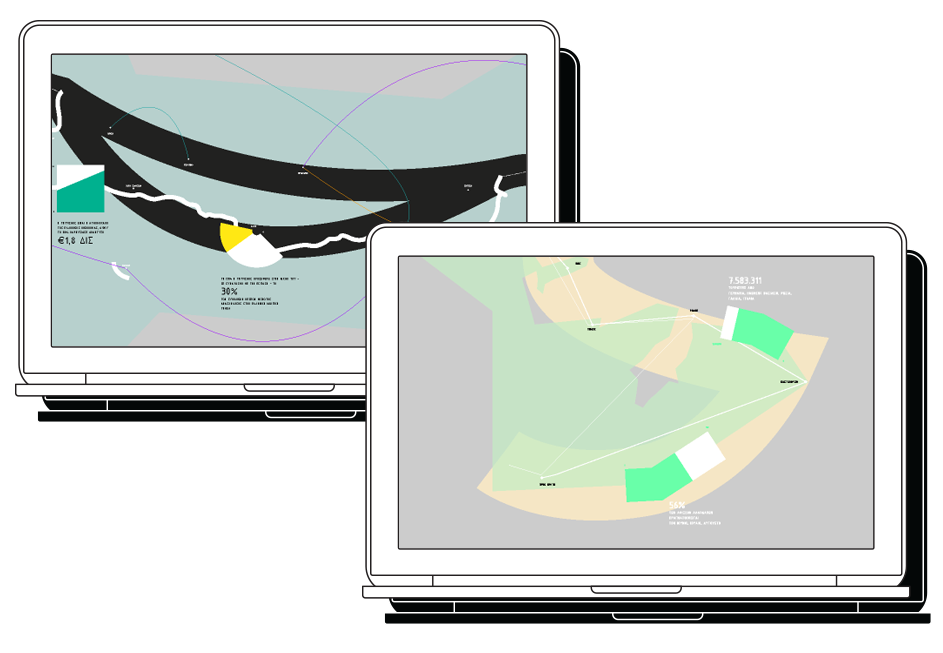 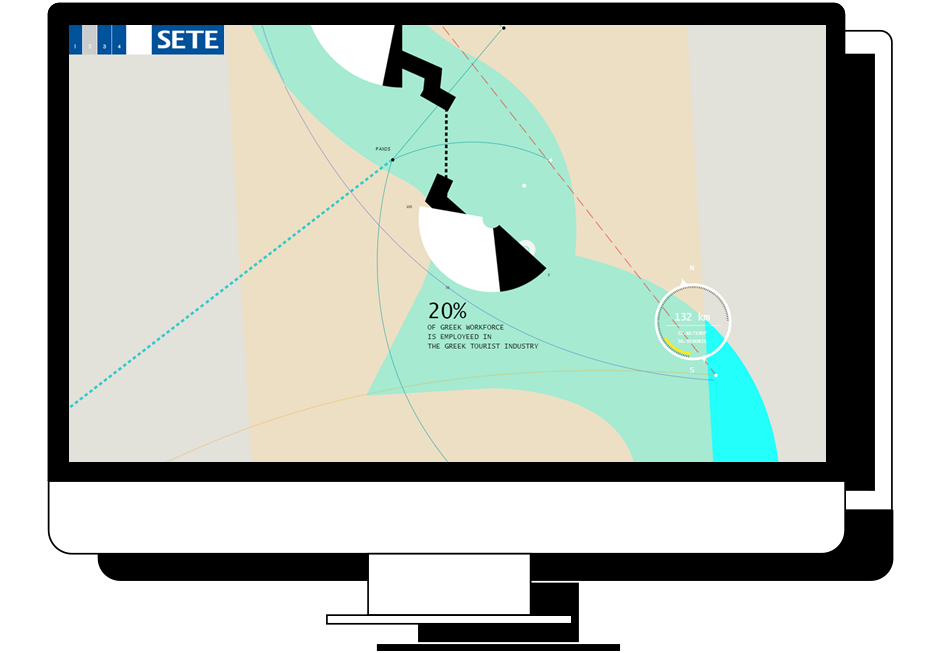 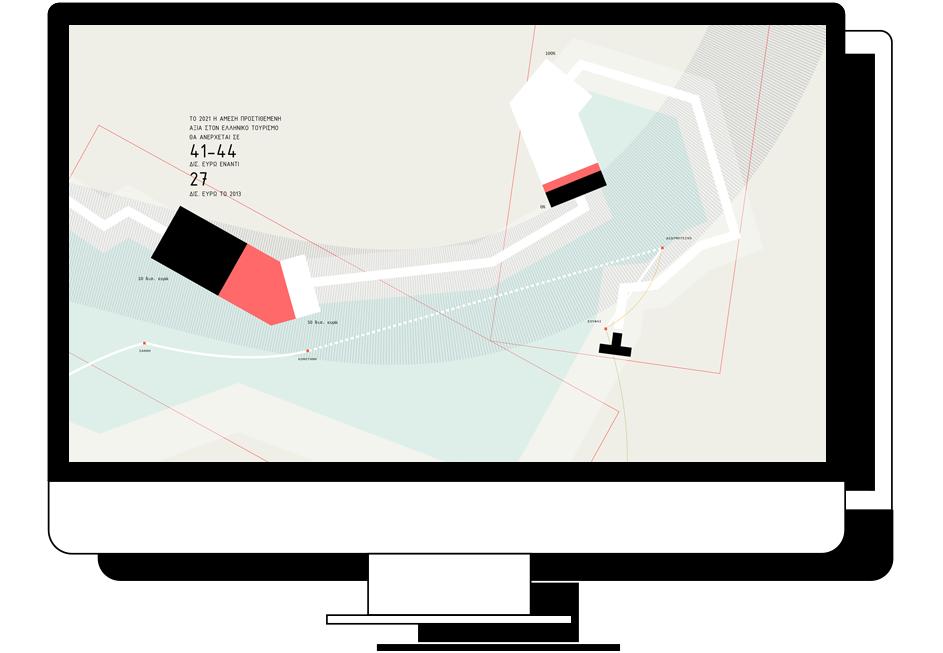 We asked ourselves of the one truly Greek feature most can identify with, and arrived at the country’s huge and intricate coastline. On the actual map, we traced four trips from North to South along the country’s borderline, two on the East, two on the West. We projected our data infographics along the actual paths creating a data trip along the Greek borderline. Distances, geographical locations and coastal lines are all true to scale of 20km per 3 cm.