Homo Travellus is a bespoke travel agency that offers tailor-made holidays for travelers following a face to face interview. 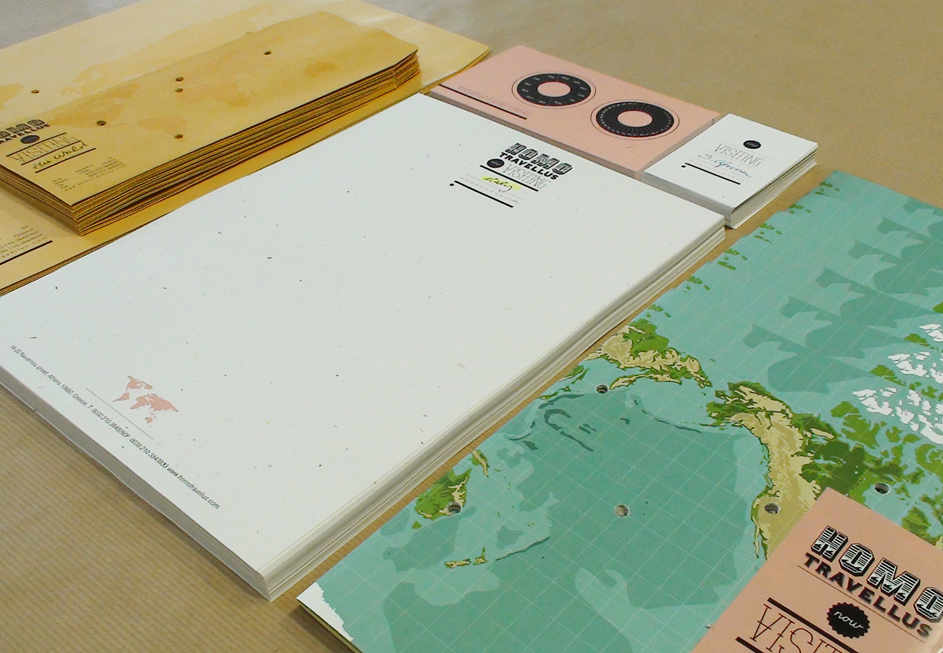 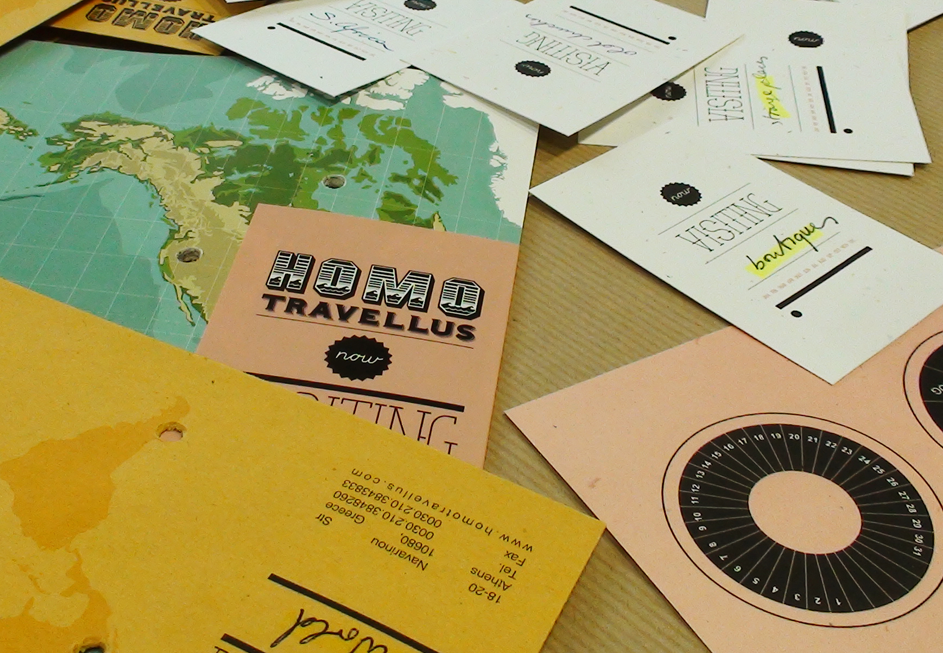 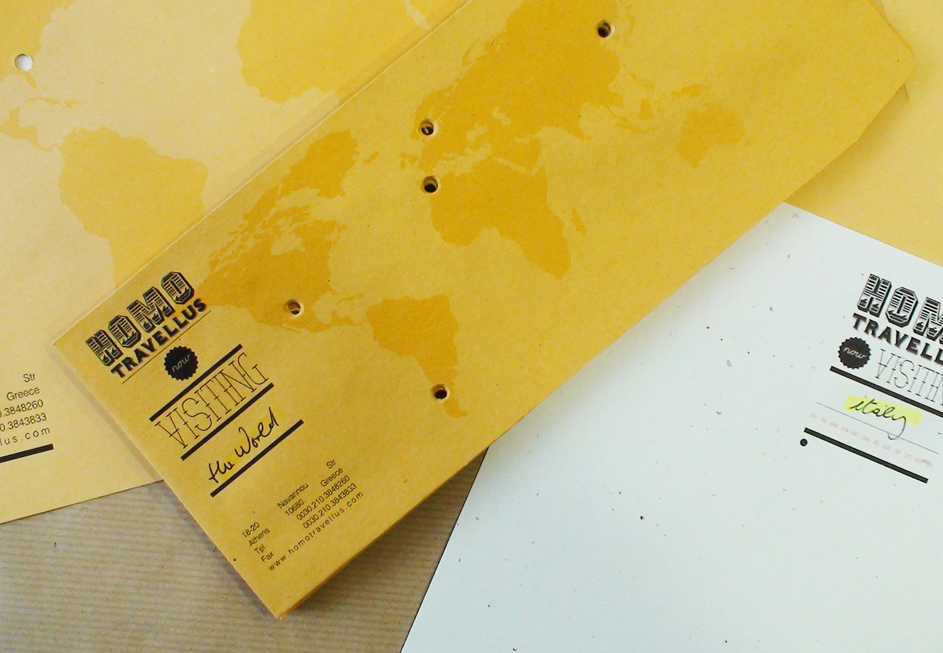 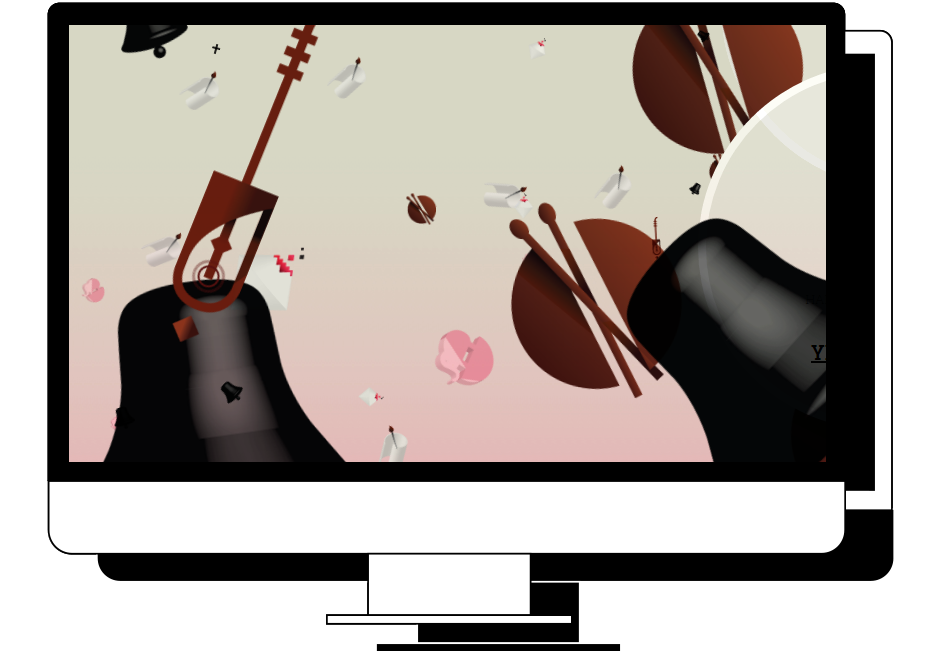 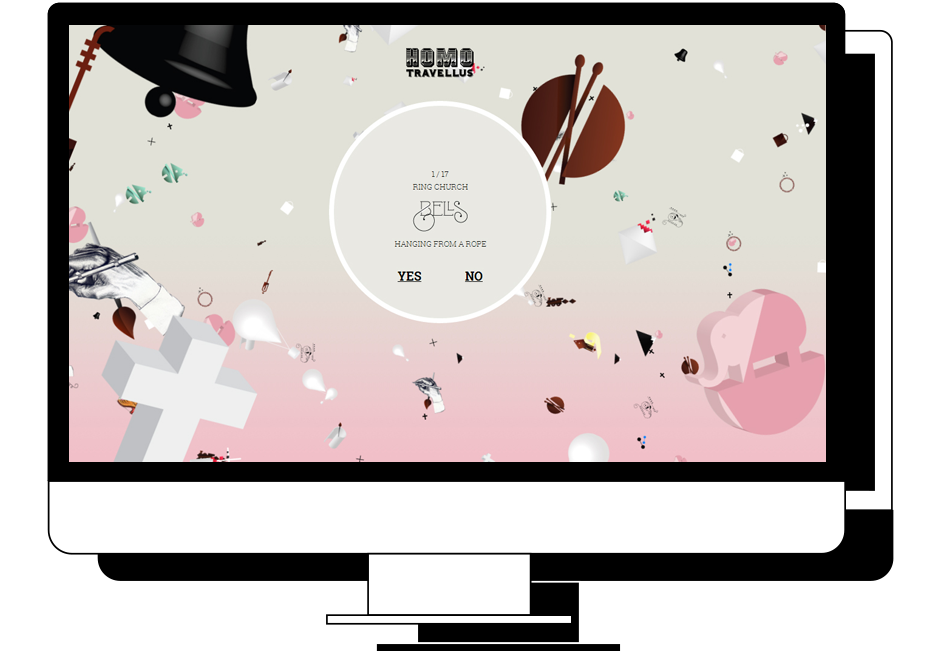 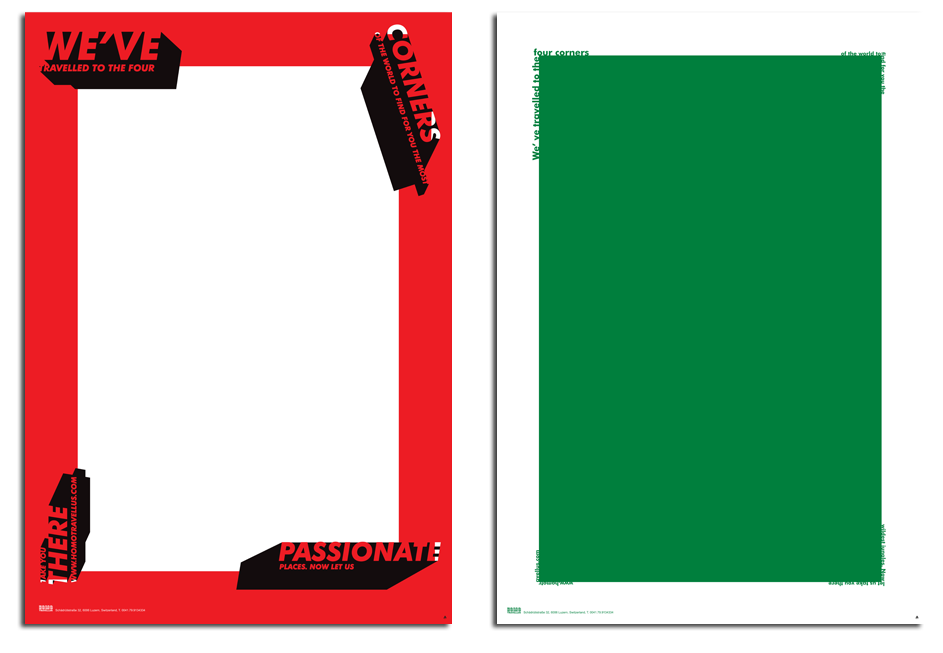 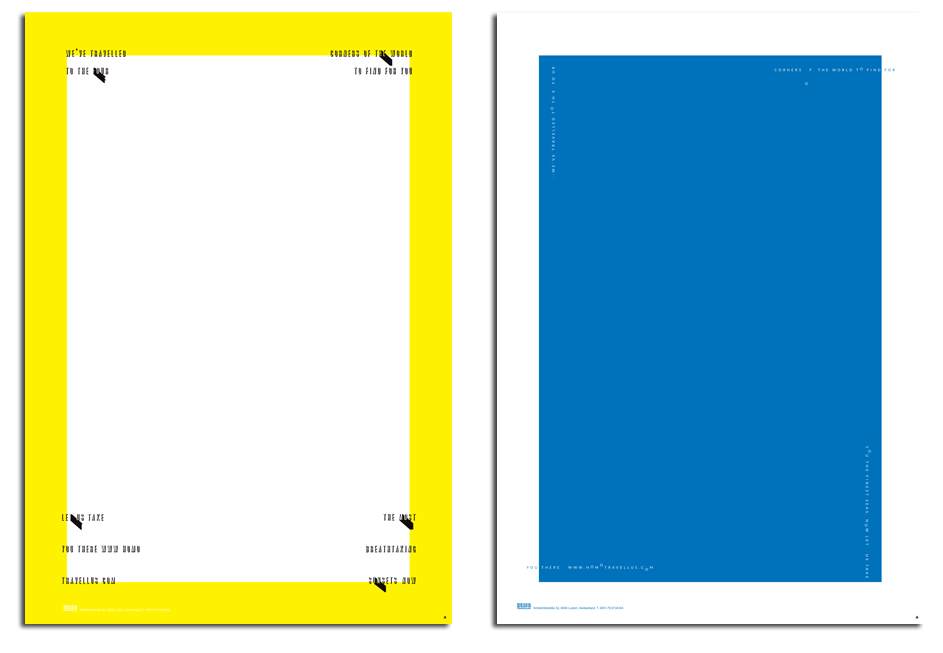 The brief was to recreate this extraordinary travel philosophy both in print and online and illustrate the element of customization. We devised an identity consisting of the brand logo followed by an incomplete phrase. The logo reads: Homo travellus is now travelling to… The logo is completed by various destinations visited by HT clients at any given time. To visualize the concept we created incomplete business cards, posters and flyers, completed at any given time. At the same time we devised a large map on envelopes and compliments cards which is punctured on the exact destinations of Homo travellus clients.

For the web site we digitized our concept. We created and custom- developed a 17 question challenge asking visitors to pick their favourite tasks rather than destinations with a simple YES or No. As they accumulate experiences, resulting destinations change. We embraced the agency’s out of the ordinary philosophy and used hand-crafted illustrations rather than traditional imagery. When visitors answer Yes, elements stick to the interface. When they answer No, elements fall out of the sky. The resulting basket leads to ideal destinations for each visitor.

A year later the client requested a series of promo posters. As destinations vary according to client needs, we focused on stimulating viewers’ imagination. We worked on the copy: travelling to the four corners of the world and literally placed our message on four corners of the posters giving each poster a colour- coding that matches themes rather than destinations.